This Sunday, September 4, is Father's Day in Australia.

Before you present Dad with his favourite after-shave, tie or barbecue apron and whisk him off to a celebratory meal, have you wondered about the origins of Father's Day?
Father's Day officially began in 1910 in Spokane, Washington, where 27-year-old Sonora Dodd proposed it as a way to honour the man who raised her when her mother died in childbirth.

Dodd was at a church service thinking about how grateful she was for her father when she had the idea for Father's Day, which would mirror Mother's Day but be celebrated in June,

In Australia we celebrate the big day in September, which gives us some time and breathing space to save for a present for Dad.

My Old Man, Tales of Our Fathers, edited by Ted Kessler is an ideal gift for Father's Day.

We all know that no two paternal relationships are the same and whether happy or sad, fond or fraught, the memories and stories of our dads stay with us forever.

The carefully curated collection has contributions from such luminaries such as Florence Welch, Paul Weller, Leonard Cohen and many others, who share their paternal experiences, from the heart-rending to the tragic, with expressions of joyful love, all beautifully written and deeply personal.

I especially loved the homage written by singer and songwriter Adam Cohen to his father, the wonderful Leonard Cohen, entitled He blackens pages every single day of his life.

"I love seeing him at work. I'm still tingling with pride that the man's return to the stage was so triumphant, so reverberant, so ministerial, so sermon-like, so moving.

"I was moved to tears by the beauty of this man standing on the heap of his work and offering it with such generosity, such precision, such mastery," Adam said.

Or read about Rob Stewart by his son Rod Stewart, Barry Wood by Anna Wood and many more.

Black and white photographs lend a nostalgic mood to the book. 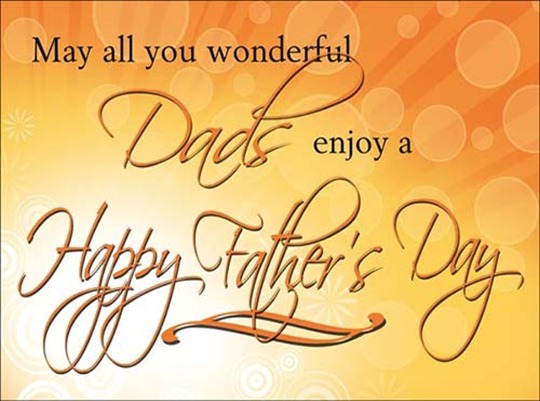